I’m an author who believes in the power of love, laughter, and — most of all — chocolate. Why chocolate most of all? Because love and laughter is sort of up to you, but when you’re stuck at home because of a deadline or a pandemic or something like that, chocolate can be hard to come by.

Anyway, I’m not here to discuss my philosophy and complain about chocolate shortages (which can be BRUTAL on a woman’s creativity), but to wow and amaze you with these five things you didn’t know about me.

Ok, maybe WOW is a bit much. Let’s just go for ‘mildly interested’ and not get over-ambitious. I only have so many words to work with here, anyway.

ASTOUNDING FACT #1: As a child, I was so accident prone that I’d had three horrible, almost-died accidents by the time I was eleven. Now, as an adult, and able to don protective gear (and the occasional helmet) when needed, I’m more known for my ability to tumble even when slowly creeping over a smooth surface wearing new sneakers. But as a child, I was a danger. I was hit by a car, fell off a roof, and sliced open my foot and almost bled to death — one of those happened at church, btw, which I feel is MOST unfair. I mean, if you’re not safe at church, where ARE you safe?

Ok, on to ASTOUNDING FACT #2: When I write, I ‘see’ all of the scenes in my head. I can see the clothing, the characters, hear their voices and their footsteps, and smell their soap. I know their names and ages, and how they think. They are me and I am them. It’s like a Vulcan mind meld, only with one person and a pretend one.

In some cultures (ours), this ability could also be described as ‘schizophrenic.’ But I prefer the European term, “creative.” It just sounds better. I like to believe this ability not only helps me write more believable characters, but also helps kill time when my iPhone isn’t working, which is ah, pretty much always because of various games I am addicted to – King’s Isle, anyone? Dwarven Den? Suduko?

It’s sad. And because I need my phone as I have children who require constant phone calls to remind them that even though they’re out on their own, working at jobs in other states, I STILL know what they’re doing and they must stop it immediately.

ASTOUNDING FACT #3:  I am married to Husband 2.0, aka Cap’n Hot Cop. Sadly, at a super young age of barely 22 (what WAS I thinking), I married a man I just knew would ‘get better’ if only I had patience and loved him enough.

I know, I know — stupid, stupid. We all know how that went — BADLY. Fortunately, I saw the error of his ways and divorced him. A year or so later, I met this super sexy hot cop and, several years after that (after making super sure he was the Real Deal), I married the man. Now, I’m super happy, very cherished, and still crazy in love with Cap’n Hot Cop.

Btw, true story – Psychology Today published a study that proved that women who read are infinitely happier in their relationships than women who don’t read. Well, just imagine how that translates to the women who write. Seriously, some of the happiest married women I know are writers. On the other hand, my don’t-read-but-like-true-crime-documentaries friends are all divorced. And talk about drinking problems, too! Whew! But that’s another Note and like I said, I have a limited number of words here, so I must press on.

ASTOUNDING FACT #4: Now that I’ve bared my soul to you about Cap’n Hot Cop, I’m going to share another shocking secret that may make you gasp. Well, not really GASP, but you might lift your brows just the tiniest bit and murmur, “Really?” I (and I hesitate to say this because it might ‘label’ me, but I must) . . . I am a Leo.

That’s right. Even though I’m an avowed introvert who can happily remain cloistered at her desk for weeks at a time, when I escape, for a very short time, I become one of those chatty, always-wants-to-buy-people presents, and oh, please-let-me-talk-into-the-microphone sort of people. People love Leos even though we can be VERY annoying at times.

They love us from afar. At someone else’s party. And never, ever in a karaoke bar.

And finally, ASTOUNDING FACT #5: I was once arrested.

Yup, I have a criminal record. And you thought I was a nice girl. Ha! I LAUGH at ‘nice.’ I’ve done the hard time, baby. An hour and forty minutes of it.

Here’s what happened: I was in the process of moving and I drove my children across two states to spend a week with their grandparents while I packed up our house. On the way back, I got a speeding ticket for driving a whooping 8 miles over the speed limit. In the process of moving, I lost the ticket and found it the day before it was due. So I frantically sent the fine overnight and only relaxed when I had proof that they had received it on the due date.

Unknown to me, although they received it, they didn’t PROCESS it until the day AFTER THAT, so they still charged me a $25 court fee and suspended my license until the fee was paid.

They then sent the notice to my old address instead of the one on the letter I sent with the fine. So I never got their “your license is suspended until you pay this new fee of $25” letter, so for two years I drove around with a suspended license like a hoodlum AND DIDN’T KNOW IT.

Two years later, I was speeding again (Hey, don’t laugh — there was a shoe sale and I had a gift card. You know how it goes.) and when the cop pulled me over, he discovered I had a suspended license, which is a VERY serious charge even when it’s caused by a missed $25 dollar fine that you didn’t know about.

So off to jail I went, handcuffed and shocked to find myself in such a predicament. At the station, I did what any other law-abiding citizen would do . . . I cried.

And cried some more.

I used all of the poor officer’s napkins in his cruiser.

I used all of the toilet paper at the jail (sorry, other inmates!).

I used all of the paper towels on the coffee cart in the booking station.

The only paper they had left were the forms they used to book us criminals and they weren’t about to part with those babies, not for me or any other weeping, hardened criminal.

I cried so well and so magnificently, that they finally put me in a solitary cell WITH THE DOOR OPEN, and gave me a free diet coke and several very awkward pats on the shoulder. Needless to say, that eventually dried my tears and shortly thereafter, I was able to check out of jail with only a slight case of sniffles and a very, very red nose.

If they’d only given me the diet coke when they arrested me, I probably would have only gotten a little verklempt, but no, they arrested me sans refreshments, which shocked my TDPS (Tear Duct Production System), and I began the Trail of Tears right through the booking process and on into the bail-me-out stage.

So I say forget wearing clean underwear all of the time in case you have an accident; no, just carry a lot of tissues. You never know if your license is suspended and the Worst Case Scenario — arrest — could happen at ANY second.

Btw, all charges were dismissed although I did have to pay the $25, so all is well that ends well. Well . . . except for the inmates who had no toilet paper (sorry, guys!). Orange really IS the new black.

So, these are FIVE ASTOUNDING FACTS about me. Did I shock you? You can tell me … we’re all friends here. Well, we are unless you have a problem being a friend with a hardened criminal like me. 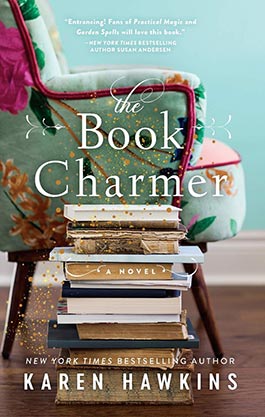 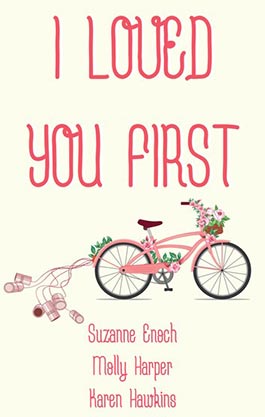 "a charming mix of romance, light fantastical elements, and small-town fun…Recommended for readers looking for a cozy, big-hearted read!"
~ Booklist